Version 1.2.0 adds the ability to import and read web content in your target language (requires at least iOS 13). This example will show how to import an interview with the Argentinian writer Jorge Luis Borges published in the Spanish newspaper El País into motî. 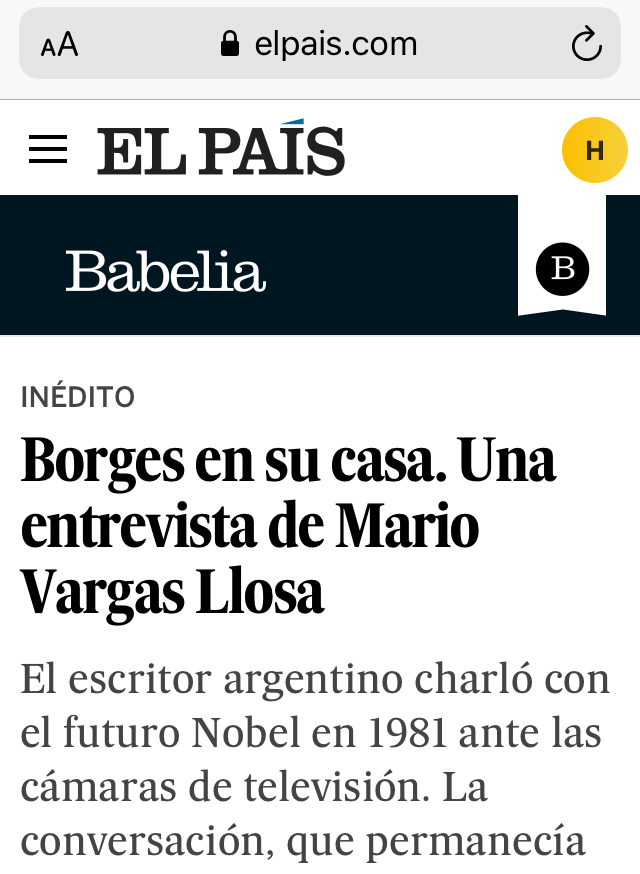 Open Safari, and navigate to the article you want to import. 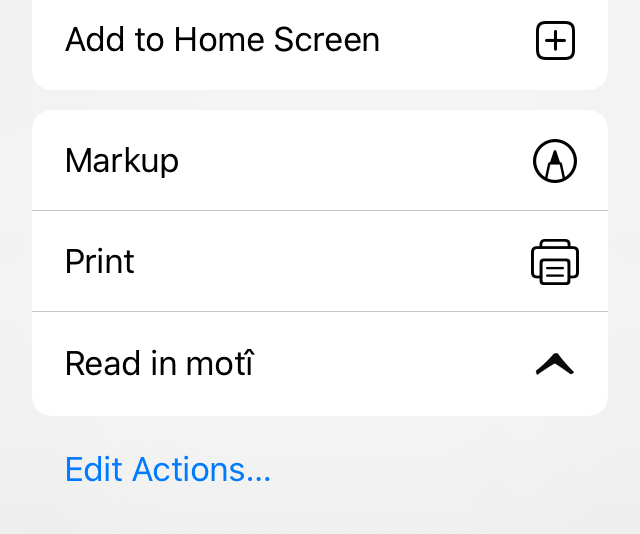 Open the share menu, towards the bottom of the options you’ll see the action “Read in motî”. 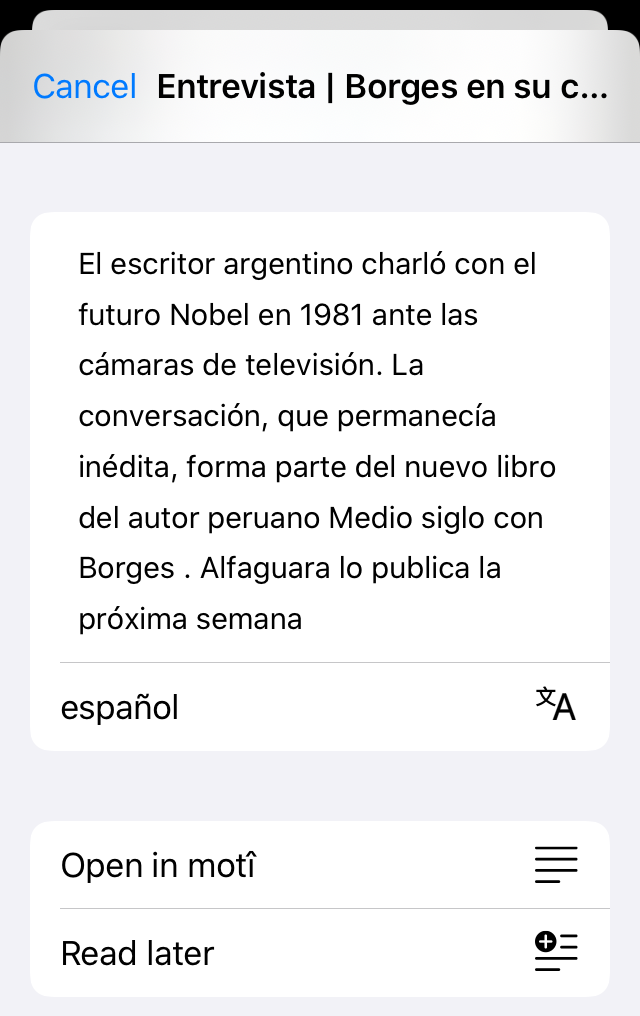 On the next screen, you’ll find a summary of the content, and you’ll notice that the language was correctly detected as Spanish, with the option to override it if needed.

From the preview, you can either decide to open the page directly in motî, or save it for later reading. 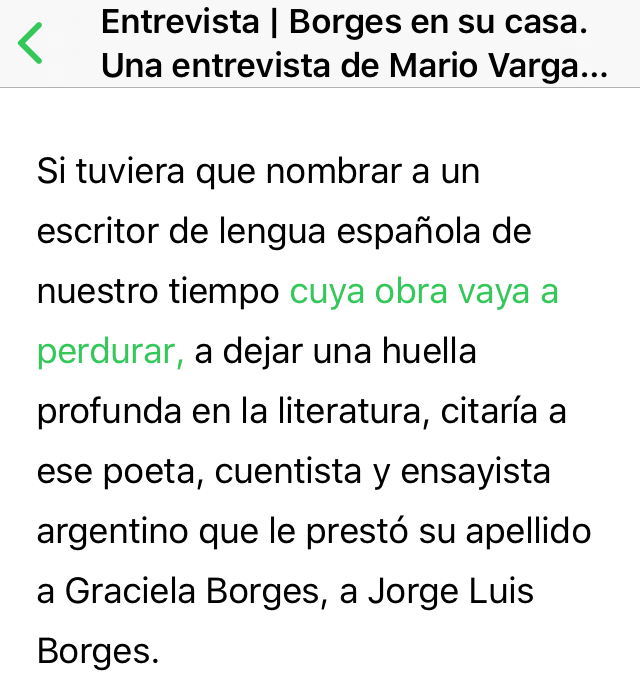 “Open in motî” opens the text content of the article. With an installed Spanish dictionary you will get context menus revealing more information and actions when long-pressing words in the article.

For example, selecting (long-pressing) huella will reveal this contextual preview, with the first three definitions as provided by Wiktionary.

Tapping on the preview opens the complete dictionary entry with all lexicographic details.

Alternatively, use “Select Context” to automatically select the sentence the highlighted word is part of, or “Add to Anki” to directly create a card in the AnkiMobile app, provided it is installed on your device. 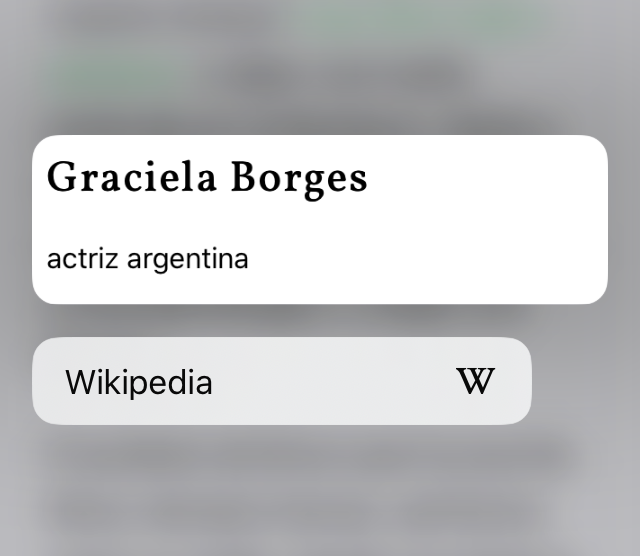 Proper nouns, such as names of individuals or organisations are often not included in a dictionary. In these cases motî will try to find a corresponding article in Wikipedia and link to it from the context menu. In this example it shows the Wikipedia entry of the Argentinian actress Graciela Borges mentioned in the article.

From here you can search these documents. Enter your search terms below.